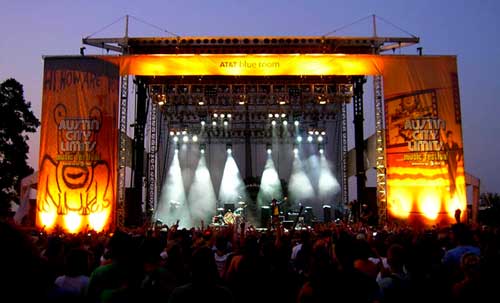 If any of you are planning to build custom homes in Austin within the next year, or if you have your own already, we have some good news to bring to your attention. Over the past 11 years, the Austin City Limits Music Festival has grown to be considered among the ranks of Lollapalooza, Bonnaroo, and Coachella as one of the largest music festivals in the nation. In 2013, ACL is set to become even bigger!

Many music enthusiasts in Austin consider the 2012 lineup headlined by Red Hot Chili Peppers, Neil Young, Jack White, and The Black Keys to be the best lineup in years. As huge as people think the 2012 variety of ACL might be, 2013 already promises to be head and shoulders above prior festivals. On Tuesday, Austin City Limits Festival came to an agreement with Austin Parks and Recreation Department to expand the festival to two consecutive weekends. This year, the festival sold out within the first hour of tickets going on sale. Expanding to two weekends will allow more people to attend the festival, bringing with them a larger impact on the Austin economy.

An official press release states: “The 2011 festival infused an estimated $106 million into the Austin economy over three days, with 59 percent of attendees visiting Austin for the event.” Imagine that doubled. C3’s commitment to Austin Parks and Rec will also increase accordingly.

Some Austin residents have mixed emotions about ACL being a two weekend event. What do you think? Let us know in the comment section below!